About That Solar Eclipse 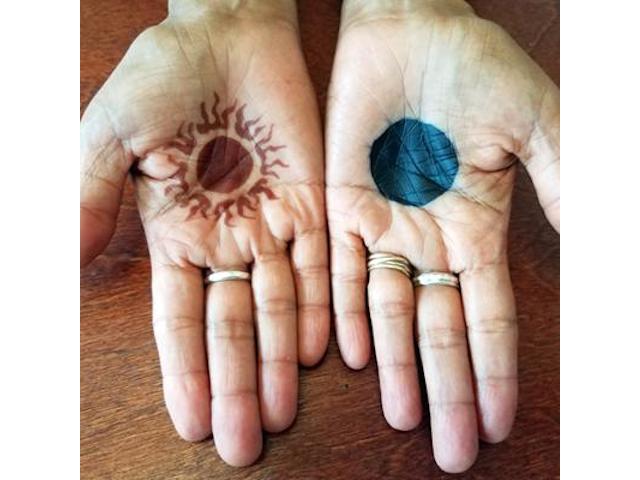 Unless you were kidnapped and deprived of all contact with the world, you know that the hottest topic for the last two weeks was the solar eclipse, which took place on Monday, August 21, beginning at 9:05 a.m. until 10:21 a.m. PST. The eclipse was also referred to as—my favorite new word—totality.

I wanted to know what it all meant. Not the scientific explanation about what would be taking place in the sky; I mean its significance: How the coming together of the sun and the moon or the dominance of the moon over the sun (even though the sun shines 400,000 times brighter than her) would play out in our lives down here on Earth.

It’s no secret that the gravitational forces of the moon effectuate the rise and fall of ocean tides. 60% of our human bodies are composed of water, hence the moon’s influences over our inner tidal waves as well. So I went looking around to ascertain how the energetic consequences of totality might manifest in our lives. What I learned was that we could expect to see rapid and sudden changes, and have to face them in uncomfortable ways. Yikes! I thought. Everyone hates change, right? Especially unexpected changes. But after investigating further, I came to understand that having to find alternate pathways to mitigate these shifts would eventually usher in positive results. Yay! OK, possible hardship before getting to the good stuff. I can deal with that. And deal with, I certainly did have to.

The way I experienced the solar eclipse was that everything started going bonkers. My best-laid plans suddenly went to hell, and drama arrived with suitcases in tow. Add to that the occurrence of Mercury in retrograde (which screws with communication), and things got heavy real fast. Repercussions are still unfolding. I’m praying hard for that positive ending!

Meanwhile, as the drama unfolded, I was seeing so many gorgeous pictures of that mysterious black hole in the sky that I felt a flash urge to draw a tattoo of the solar eclipse on my body. I pulled out my jagua temporary tattoo supplies and placed a $.25 coin in my left hand. I traced a circle around it, then dropped the quarter and filled in the circle with jagua gel. I suddenly had that mystical black hole, the lunar eclipse of the sun, right there in the palm of my hand!

I instinctively created the moon on my left side—the feminine side and inner aspect of our creative life force, right there for me to see at all times. And let me tell you, I have a hard time looking away from it. It wants to pull me in! Our right side represents our male aspect. The obvious next urge was to draw the sun, the symbol of our male and external self, on my right hand. And for that, henna was the obvious choice—naturally reddish brown, so reminiscent of that fiery orb in the sky. I used one of the stencils that come in our Earth Henna Temporary Tattoo Kit and used it to draw the sun in my palm (see above photo).

I cannot tell you how thrilled I am to have these temporary tattoos in the palms of my hands, and I am happily reminded of how easy it is to create meaningful symbols with our products.

Lastly, I love knowing that when I put my two hands together in prayer pose, as I often do in yoga class, I am uniting these two aspects of myself and, in my own way, achieving totality.

If you feel like creating your own symbols, visit www.earthhenna.com. We’re currently offering 15% OFF all kits, and free shipping with any purchase over $35! 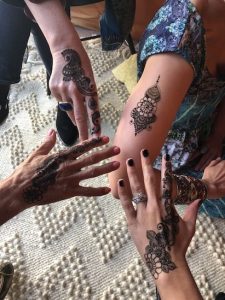 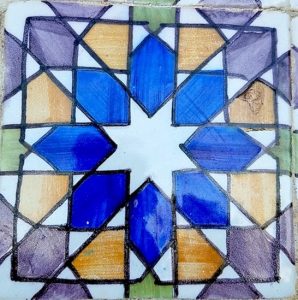